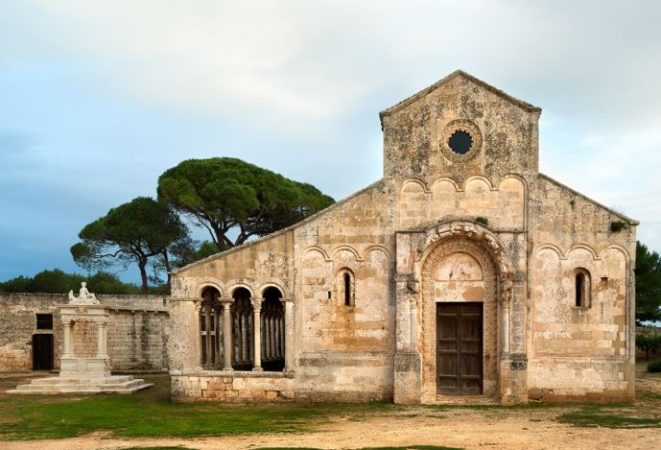 The Abbazia di Santa Maria di Cerrate is one of the most significant Romanesque heritage sites in Puglia. Founded by King Tancred of Hauteville in the 12th century after a divine revelation, the Abbazia di Santa Maria di Cerrate has been home to religious orders, agricultural workers, and a host of others over the course of its fascinating history. With it’s rich cultural and agricultural patrimony, the Abbazia is one of Southern Italy’s most precious treasures.

Several diverse buildings make up the Cerrate heritage site; these diverse edifices were built in different time periods and served different purposes according to the main activities carried out by the inhabitants in each era.

The Church dates from the late 11th or early 12th century, while the adjacent cloister was added in the 13th century. A few steps away from the Abbey, one can find the 19th Century Farmer’s house, which has hosted the Museum of Popular Arts and Traditions since 1975. Within these walls, there is a permanent exhibit installed which illustrates the traditional culture of Southern Puglia through the construction of domestic spaces and display of traditional equipment and tools.

Last but not least, the site is also comprised of two underground mills and a cattle shed, the presence of which is clear evidence of the fervent agricultural and livestock activities carried out at Cerrate until the 1960s.

The Abbazia di Santa Maria di Cerrate is a gem of Southern Italian architecture and history, and further restorations will help bring the Abbey back to life, provide guests with an interactive and complete experience, and provide the region with yet another breathtaking place for people all over the world to visit.

Friends of FAI has committed to funding the Abbazia di Santa Maria di Cerrate for its 2017 restoration project. 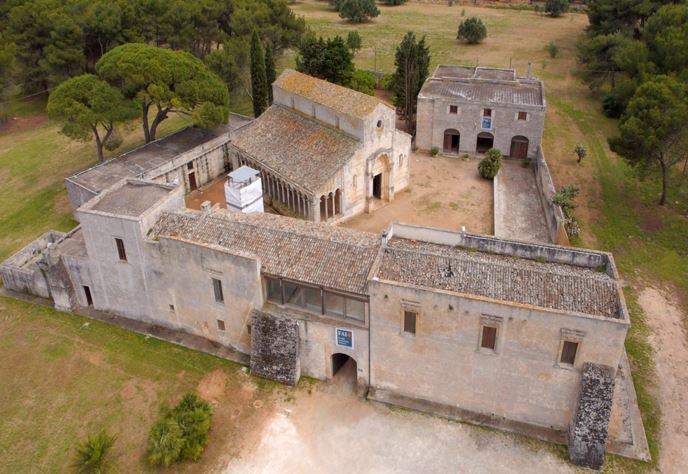 Restoration Project: Housing the frescoes and Enhancing the Visitor Experience
FAI’s main objectives of the Cerrate restoration project in its entirety are:

1) To restore and revive the entire complex, including the surrounding rural areas;
2) To raise awareness among the general public about such an important historical/cultural asset;
3) To develop cultural and educational activities linked to the local traditions that will contribute to tourism in the area of Salento.

The specific project Friends of FAI committed to sponsoring for 2017 is the restoration of the Old Stable building. Once functional, the building will become an exhibition space for the beautiful frescoes, which were removed from the church in the 1970s, as well as a spot for educational and cultural activities.

The budget of expenses for the restoration and enhancement of the Old Stable building is assessed to be $320,000. This estimate includes the following works:

– Polishing of external and internal front stone,
– Realization of a ventilated crawl space, the installation of a new flat roof, and the restoration of the old rainwater disposal and recovery system
– Installation of new air conditioning, lighting and security systems

The whole restoration project aspires to restore and preserve this important testament of Southern Italian culture.